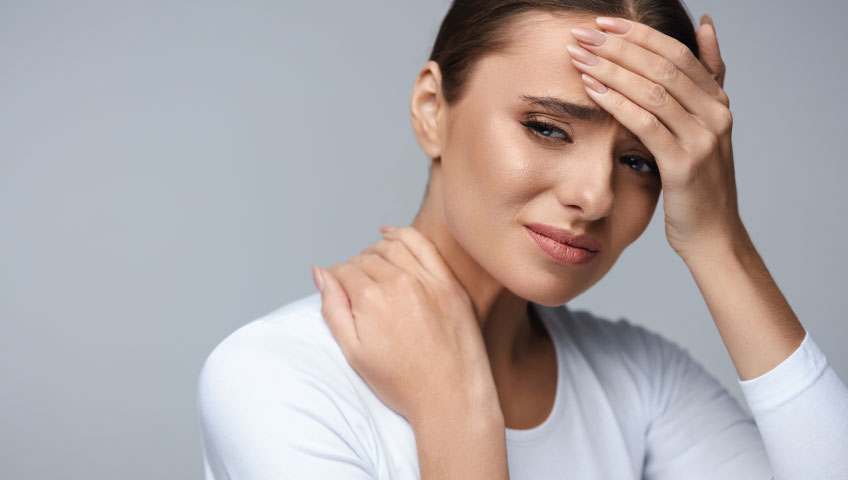 Can Childhood Trauma also be a Precursor to Adult Chronic Pain?

Several research studies indicate the relationship between childhood suffering and adult chronic pain. In fact, one study revealed that 73% of women with chronic pain also have experienced some childhood trauma (www.instituteforchronicpain.org/…/complications/trauma).  Woah!! – for those suffering from chronic pain, this likely draws your back hairs to stand straight up, shuddering at the notion that the pain “is not real.  Most of us have recognized that depression and anxiety are oftentimes results of chronic pain, or that pain is worsened when experiencing depression or anxiety based on a person’s thoughts about the pain.  However, to consider childhood trauma as an instigator for adult chronic pain is far-fetched for many that are suffering.

Truly, most of us know that much of chronic pain is due to a diagnosable anatomical cause, such as degenerative disc disease or spinal stenosis, or the result of physical trauma or accident, or genetic anomalies, or hereditary factors, and the list goes on.  However, diagnosticians note that more and more often, chronic pain has no clear anatomical cause or identified pain generator, as in tailed back surgery syndrome or chronic back pain. In such cases, specialists identify the pain is in itself to be the disease. However, this is not to say that there aren’t biological impacts of childhood adversity.

When we are threatened, our bodies have what is called a stress response, which prepares our bodies to fight or flee. However, when this response remains highly activated in a child for an extended period of time without the calming influence of a supportive parent or adult figure, toxic stress occurs and can damage crucial neural connections in the developing brain. Scientists also report that DNA is stored in every cell of the body and transferred from generation to generation. As mental and emotional levels are also stored by the cells, emotional imprints are left on the cellular memory by the traumatic incidents from the past.  Although every experience is not remembered by the conscious mind, the cells encode the memory of every experience.

Past negative experiences, personal beliefs and unresolved emotions create emotional blockages, suppressing and bottling up inside the person experiencing them. These emotional blockages perform as a defense mechanism in deep emotional pain produced during these traumatic or dysfunctional situations, resulting in physical manifestations like chronic pain, anxiety and depression.

The good news is that psychological care for those with a history of childhood trauma may help tame their overactive stress response, and in turn provide some complementary health benefits for those also dealing with physiological diseases.   As there is more and more concern about those addictive tendencies with pain medications, it is interesting to consider that possibly pain medications may be a band-aid for many. Maybe, a primary consideration for treatment is dealing with the root of the problem, working through the suffering of emotional pain as a child as well as an adult already dealing with chronic pain. 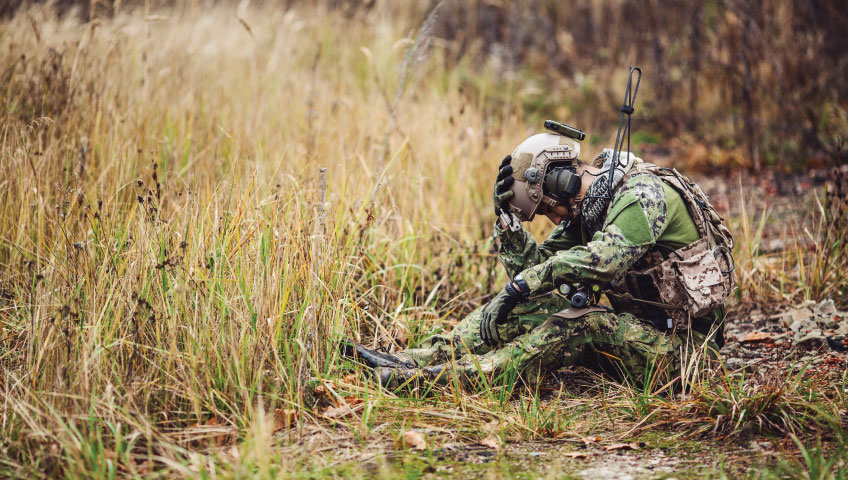 Why Be in Combat When There is No War?

How often do you Draw your Weapon and are Ready to Fire, when there is no Battle?

In a non-war zone, such as in our home or community, we may find ourselves in battle against others, using the weapon of defense mechanisms against those we find unreasonably critical.  We may fear that our integrity is at stake when we feel unjustly judged by others and/or want to protect ourselves from someone else’s control. To make matters worse, when one responds with conflict by being defensive, the other oftentimes joins in and the battle ensues.  As the walls go up, the underlying reason for the argument becomes irrelevant as the focus turns to a matter of winning or losing.

Being protective of ourselves is a God-given trait, and we are hard-wired to defend ourselves when legitimately threatened (e.g., being chased by a bear, a break-in, etc.).  However, oftentimes we react to illegitimate threats and become defensive when, in fact, what is called for is being more open and forthcoming.

Conflict is normal.  It helps us communicate and work through issues so that reconnection can occur.  During a struggle, all of us at some time or other become unnecessarily defensive.   It becomes problematic when our defensive posturing remains stuck and we have a hard time letting it go, even when we realize what we are doing.  It can also become habitual, especially if there is that strong need to protect ourselves.

Our responses to criticism depend on several factors.  Some people struggle with disapproval by others due to brain chemistry or how their brain is wired.  They may have a nervous system that is over-sensitive and a temperament that reacts to perceived danger more readily. Some people refer to this as being “thin-skinned”.

Our childhood history also has a lot to do with how we respond to criticism.  If parents or caregivers oftentimes shamed their children and punished them harshly, it’s likely that, as an adult, their impulse is to quickly self-protect whenever they see someone upset and angry about something.

Regardless of the reason, self-esteem issues are a common thread that impacts our level of defensiveness in relationships.  With self-doubt comes either reactive defensiveness and belligerence or, the opposite, someone who takes on the role of a “people pleaser” to avoid any possible criticism.  Reactive defensiveness keeps people away and “People pleasures” don’t allow conflicts to occur, so honest communication is replaced by underlying resentment.

Relationships give us the opportunity to be more loving and accepting of one another.  Learning to hear the others’ complaints with curiosity and openness deepens our connection and puts away unnecessary defensiveness and any potential illegitimate war. 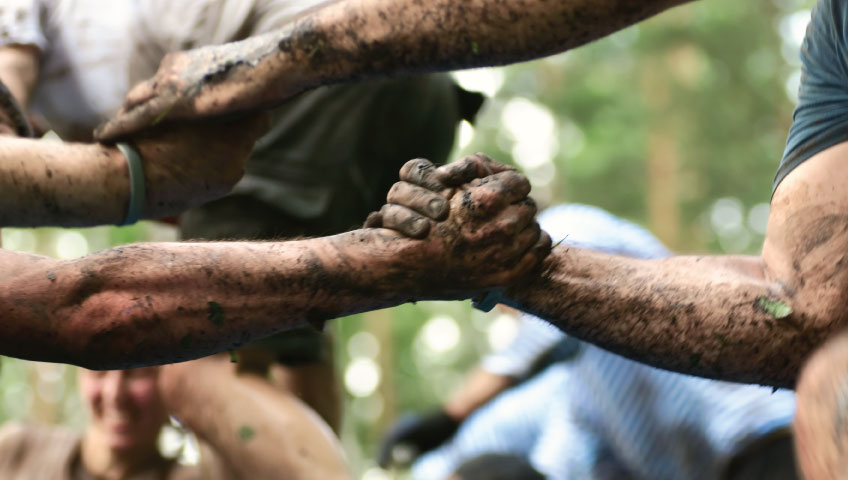 How do we get through some of the tough experiences in life’s journey?  We all go through challenging times, be it dealing with the death of someone close, having a serious illness, being separated from loved ones or feeling rejected, or losing a job and having financial restraints.  The list goes on…

Some tragedies allow for some preparedness while others are abrupt and unexpected, leaving us feeling punched in the gut or knocked down at the knees.  Some people have to endure a life full of misfortunes while others squeak by with only a few calamities along the way. The discrepancy for this is unknown, and answers to those “Why?” questions will likely not be known to us until we meet our Maker.

Of course, most of us try to adapt to these life-changing events.  However, sometimes the burden is too much to bear. Oftentimes, “giving up” or not being able to “get up from off the floor” is influenced by the load by which we carry.  However, despite the level and degree of burden, it is also based on the character of the person. Here is another “Why?” question: Why are some able to “bounce back” while others remain overcome by the tragedy and are stuck in their own grief?  You may ask yourself what special personality traits are needed to get through these life’s battles., or how much can we actually recover on our own volition? It is interesting that those with a spiritual faith are much more likely to be resilient than those that don’t; another “Why?” question.

Resilience.  That’s the word.  Resilience is when you can change and adapt how you respond to a crisis or while in the face of tragedy.    It is about changing how you interpret and respond to the problem or circumstance. It is about challenging your thoughts and behaviors so that you create a more positive outlook.  It provides you with a pat on your back and encouraging words so that you will continue walking through the muck, believing that somehow, someday, you will get through all this and be better for it.

Resilient people oftentimes have these suggestions, noted through the American Psychological Association in “The Road to Resilience”:

Actively participating in your life’s journey through resilience is so much better than responding with lingering vulnerability to the obstacles that come your way.  It may be a difficult task, but overcoming obstacles allows you to get up from off the floor. 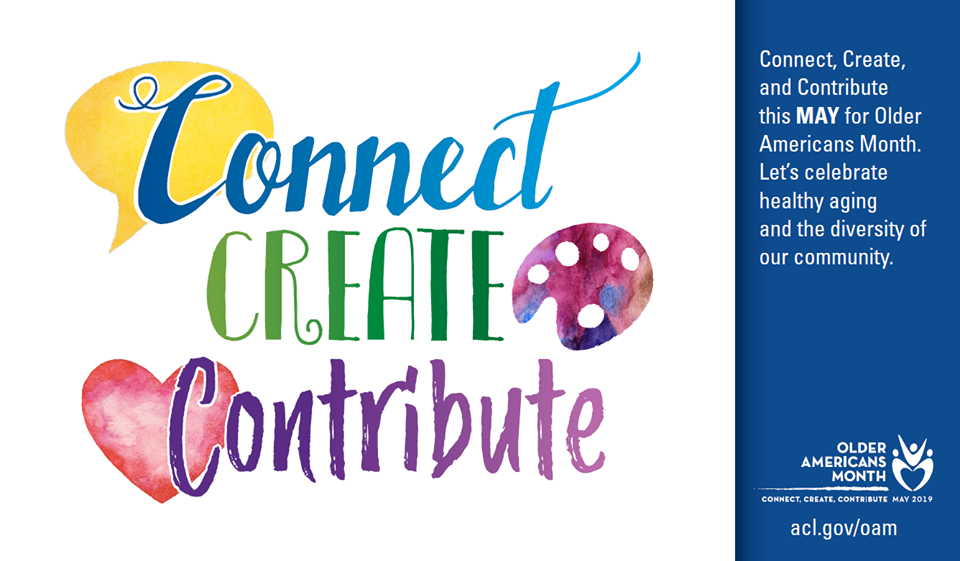 May is Older Americans Month!

Connect, Create, and Contribute for Older Americans Month. Let’s celebrate healthy aging and the diversity of our community. 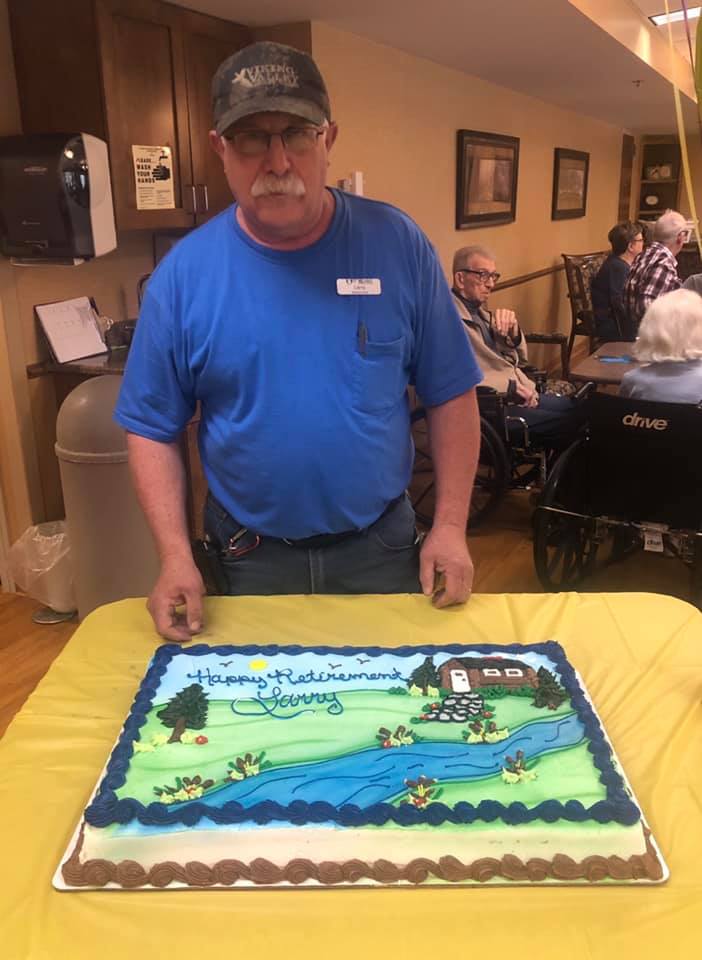 Congratulations on your retirement Larry, you will be missed!

Today we celebrated Larry Lahman and his 25 years of working at St. William’s Living Center in our Maintenance department.

Congratulations on your retirement Larry, you will be missed! 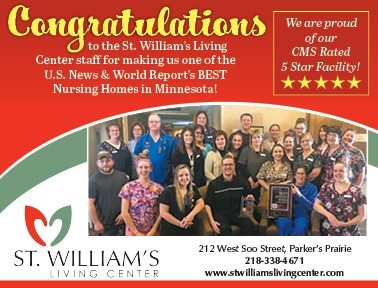 It is because of all of our great staff that St. William's Living Center made the U.S. News & World Report list of Best Nursing Homes in Minnesota! We are proud of our 5 Star Organization and grateful for all of our staff who have helped us receive this recognition!

Our Mental Health Workers are responsible for assisting residents who are mentally ill or developmentally disabled with their daily activities of living.

Benefits of a Mental Health Worker include:

Our nurses are responsible for the administration of general care of our residents as detailed in each resident’s individualized care plan. We are currently looking for a part time overnight shift (10:30pm-7am) LPN or RN. There is an every 3rd weekend, every other holiday commitment with this position. Come to work for an organization that values both its employees and its residents.

Benefits of a LPN/RN include:

Our Certified Nursing Assistants are responsible for assisting residents with Activities of Daily Living through daily nursing care as described in each Resident’s Plan of Care. Both part time and full time positions are available. Come to work for an organization that values both its employees and its resident.

Requirements: Individual must be on the State of Minnesota’s Nursing Assistant Registry, or registered to take the course (contact us for more information on this option). Individual must also pass a state required background study.

Benefits of a CNA include:

Our Dietary Aides are responsible for assisting with dietary functions, such as: setting up tables, serving meals according to tray cards detailing modified diets and fluid restrictions, washing dishes, and putting dishes away, among other dietary tasks.

Requirements: This position requires the ability to work effectively as a team and independently. Must be detail oriented, have strong time management and multitasking skills, and be well organized. Individual must also pass a state required background study.

Benefits of a Dietary Aide include: